The Seedy Side of Sam

January 28, 2020
We had a visit from the farrier yesterday.
It's something that happens every eight weeks.
Keeping hooves in good shape is an important part of horse care. 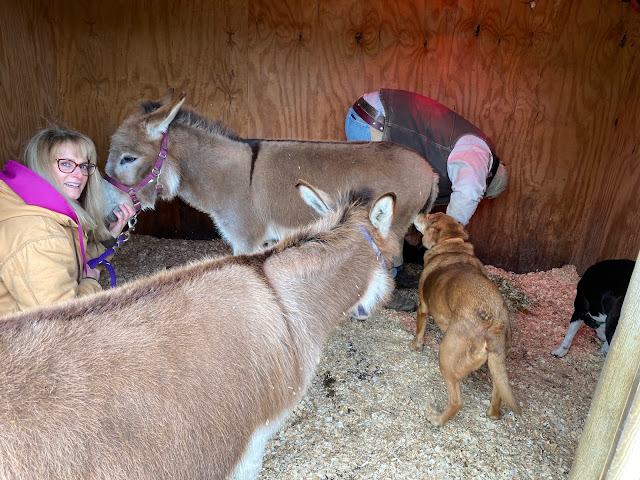 So, every eight weeks our farrier comes and trims the previous 8 weeks'
growth from all of the equines hooves.
He inspects and trims and rasps hooves so that they remain both in good shape,
and shaped well. 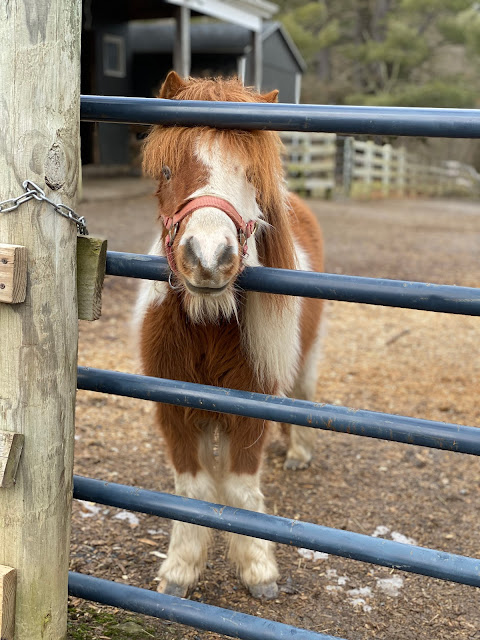 We have been very lucky over the years to have had a minimum of hoof issues.
There's nothing worse for large animals such as these than having sore feet. 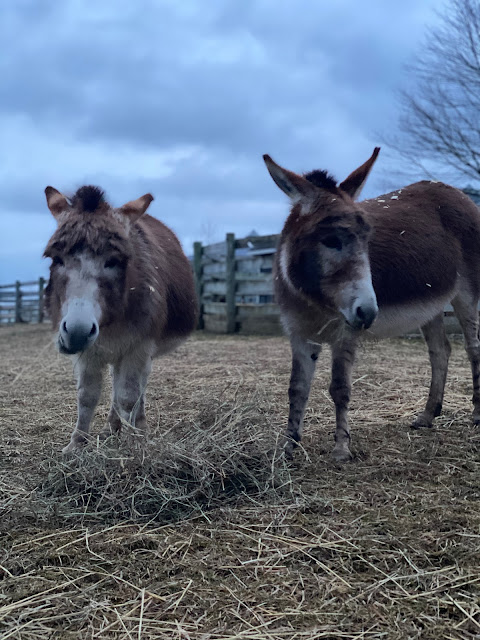 From time to time, the donkeys decide that they are not interested in what the farrier
has to offer, so I have found that getting them in their halters well before 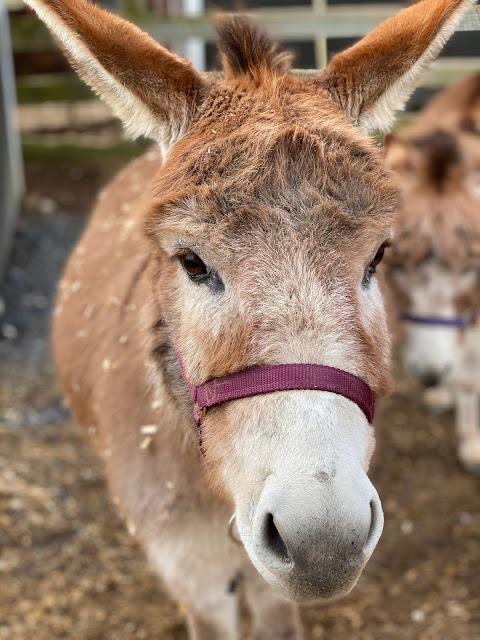 the farrier's arrival makes getting down to business so much easier. 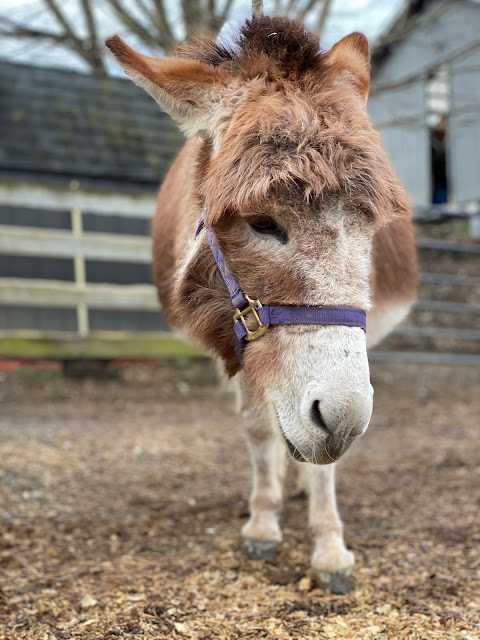 Yesterday we opted to take care of the donkeys first. 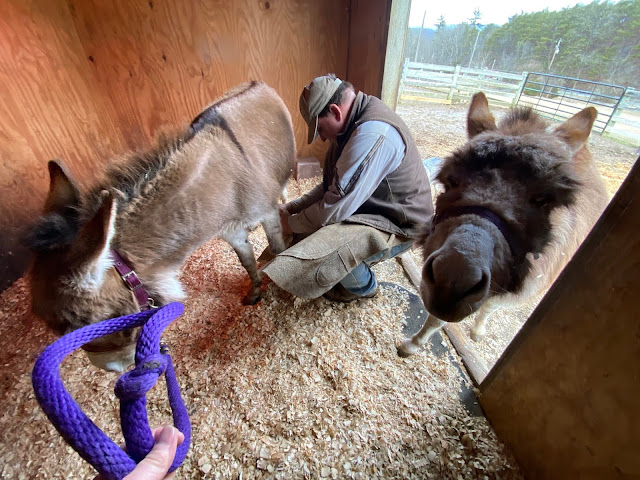 The dogs always enjoy the farrier visits,
as apparently hoof trimmings are quite tasty... at least to dogs. 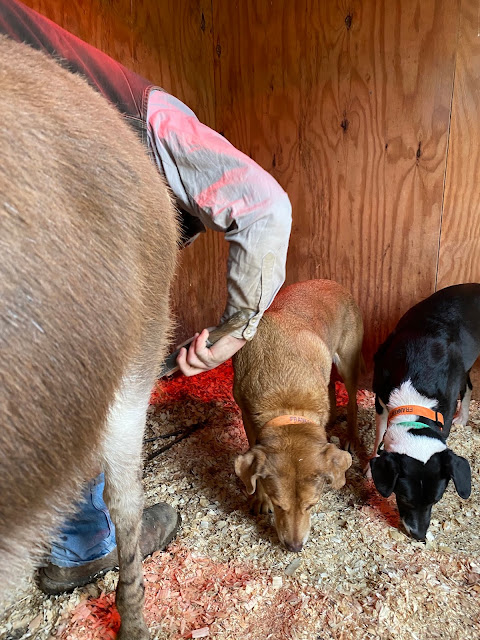 But then, dogs love to eat manure...
so I don't put much stock in their opinions regarding taste.

Everyone behaved well, and hooves are trimmed in short order.

As usually happens, though, we witness a rather unique interaction between
Brown Sammie and each of the donkeys.
While the farrier is busy working on one donkey,
Sam is busy with the other. 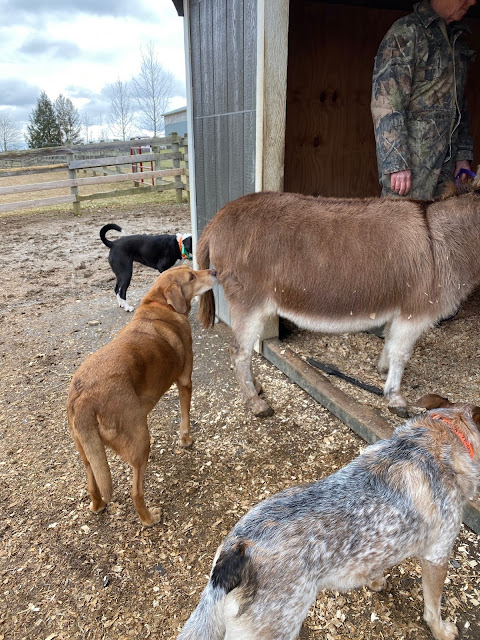 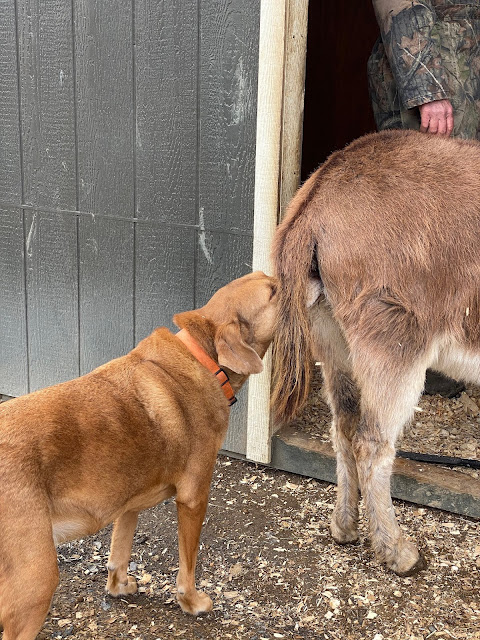 And what's even weirder... the donkeys don't seem to mind at all. 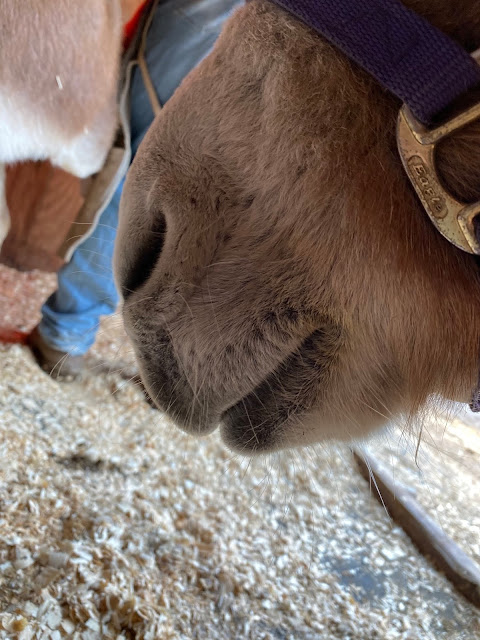 How many times have I mentioned that Sammie is an enigma?
This is yet another one of his weird habits...
butt-kissing.

All I can say is... at least they get along.
Typically, donkeys don't like dogs.
Dogs are seen as predators, thus enemies.
Apparently, not always.
😉
PS... if you visit us... you might want to refrain from letting Sammie kiss you...
you never know where that mouth has been!

Marcia LaRue said…
That is too funny ... wonder what Sammie would do if the target donkey butt let loose with a donkey fart while said dog nose was in place! LOL
January 28, 2020 at 10:23 AM

Blueberry's human said…
I am wavering between laughter and nausea. Bahahahaha!
January 28, 2020 at 8:13 PM