A Little More of Iceland

May 24, 2017
Hopefully you don't mind if I share a few more Iceland photos with you.
They are random, without much rhyme or reason. 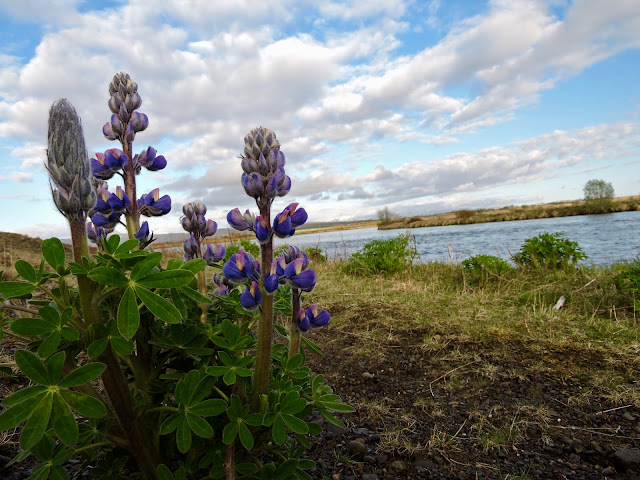 Lupines, one of my favorite flowers, grow in abundance all over the countryside. 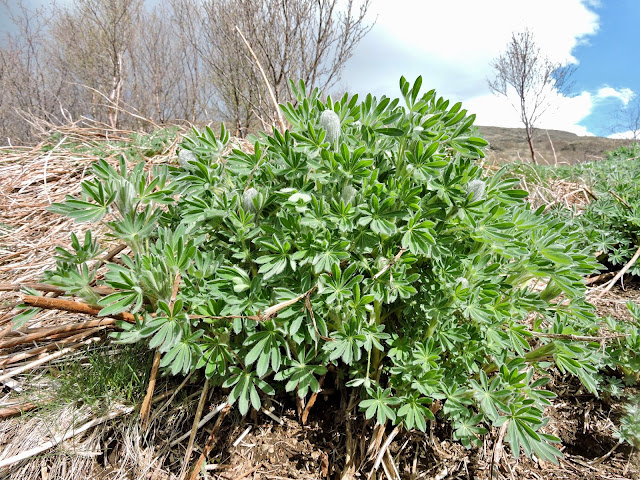 They were all still in bud while we were there, but I happened to one in the South
that had started to bloom.

This sculpture by the Reykjavik waterfront represents the Viking ships that
brought the norsemen to this land. 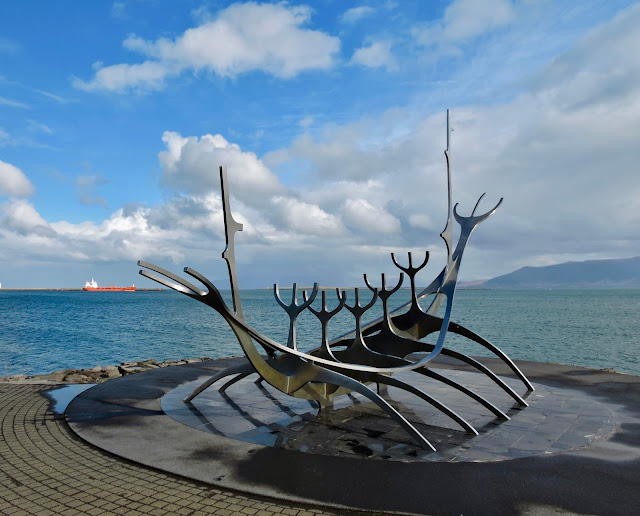 It seems that the Icelanders have a good sense of humor and whimsy.
Sign in a tavern window: 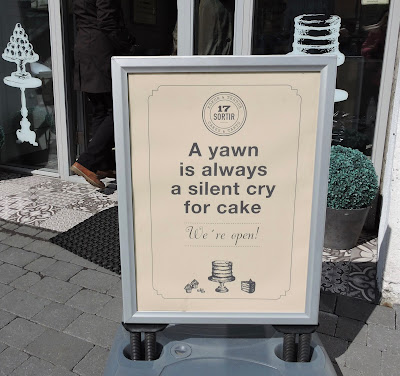 And I yawned quite often! 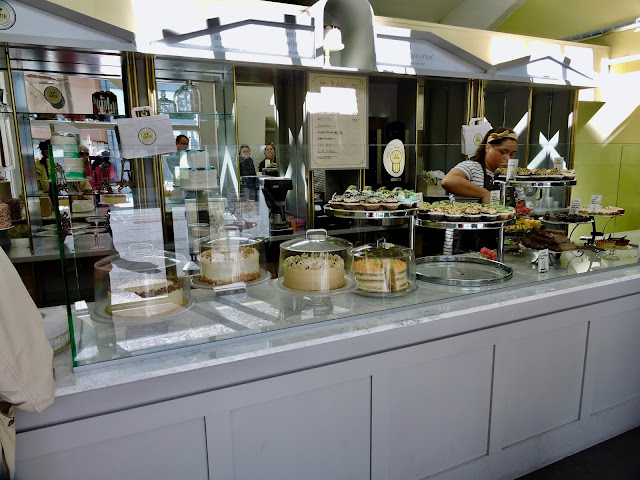 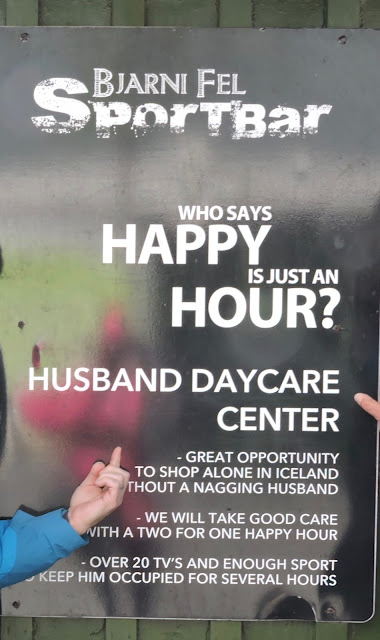 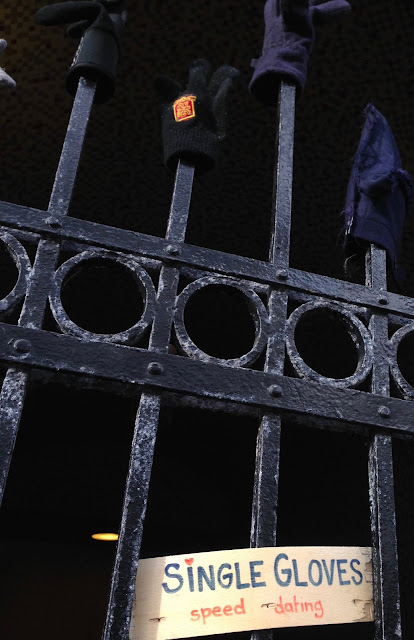 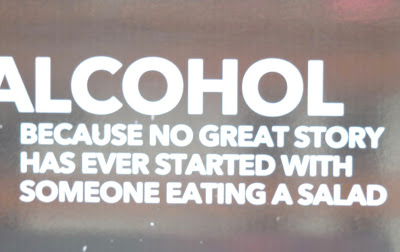 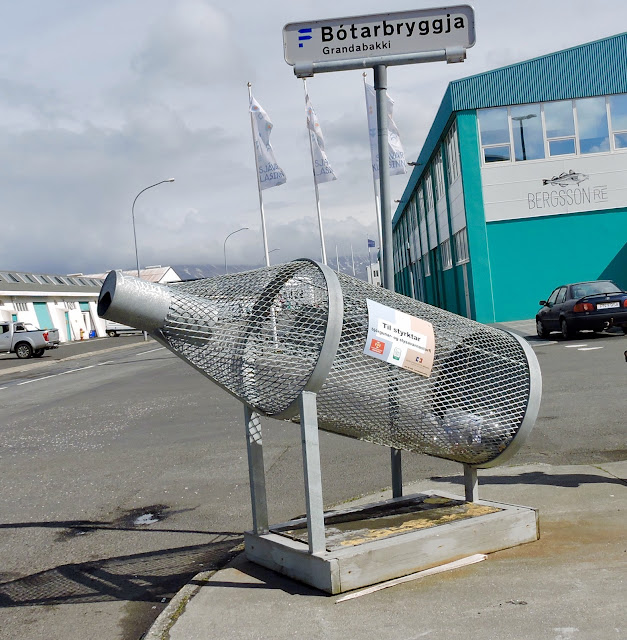 Walking around the towns, you'll find artwork where you least expect it... 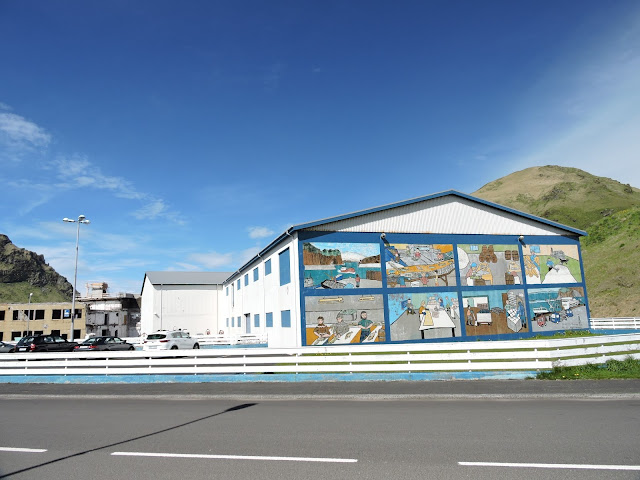 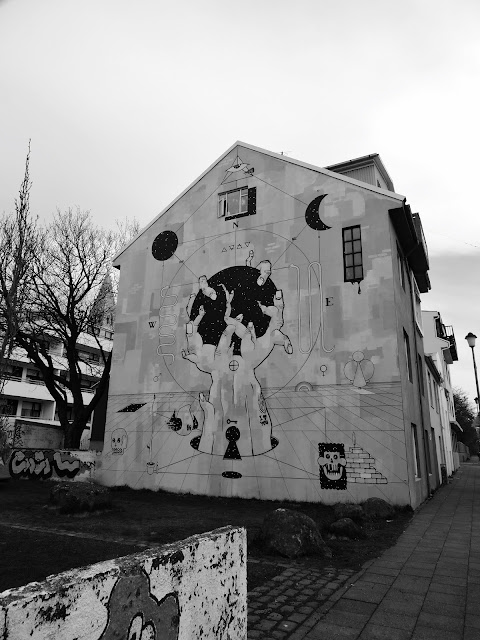 The houses are charming... 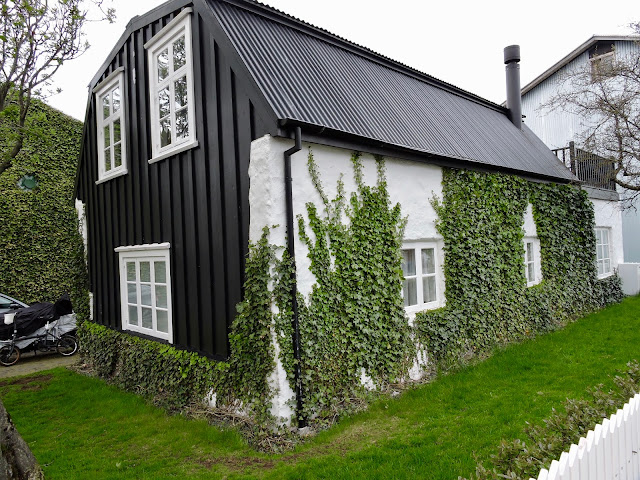 The farms are amazing...and always so clean and well manicured. 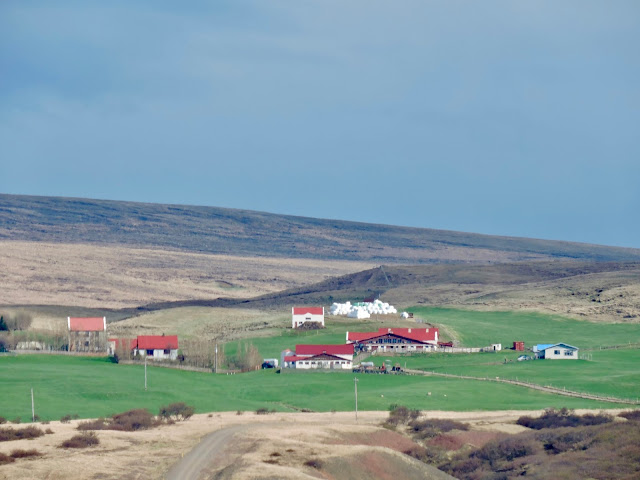 Trolls are a part of their folklore and you see stacks of rocks all over that represent them. 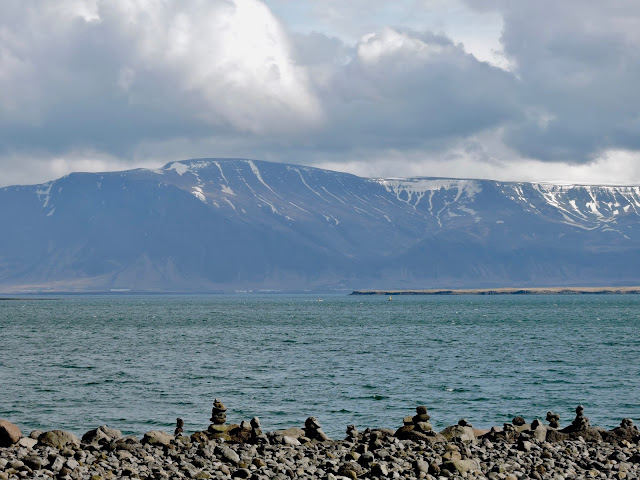 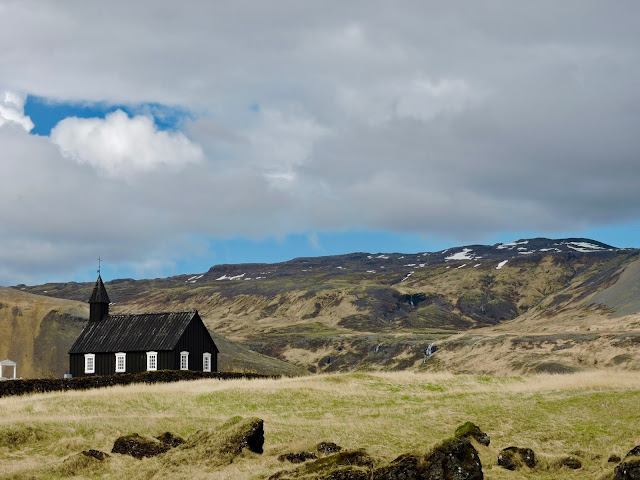 Children are named according to who their parents are and not by surnames as we use.
For example: 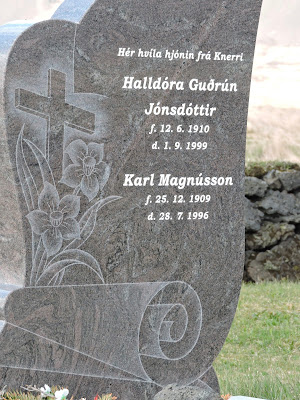 One of the things that I enjoyed immensely was their bread.
One in particular was made with rye flour, barley malt syrup, dried apricots and raisins and chopped walnuts.
I searched for a recipe online and found one to try... 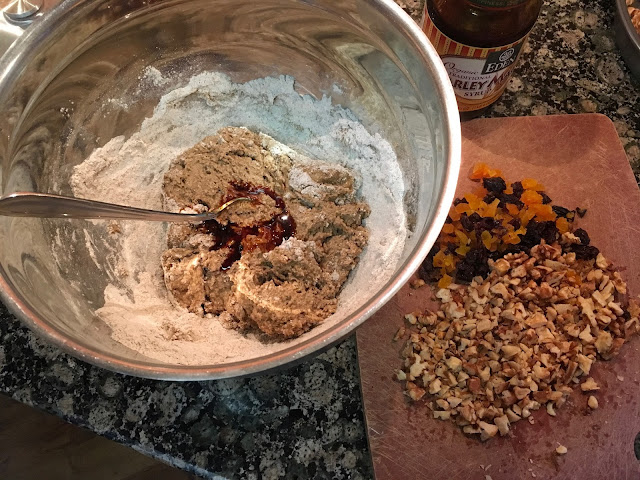 Not exactly the same, but not bad.
I must keep searching! 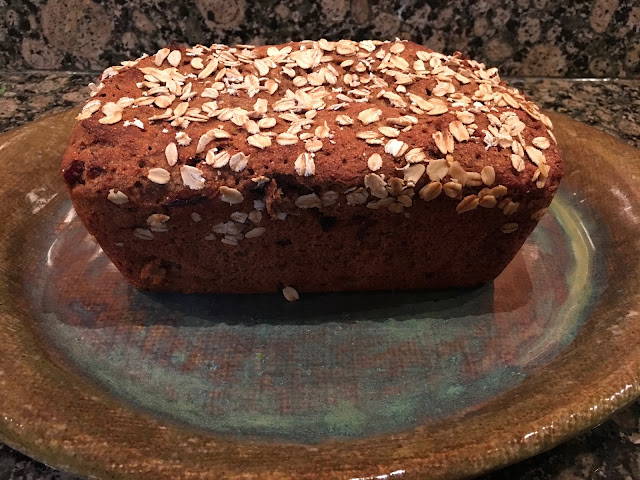 GeorgiaHoneyBee said…
Boy did I miss you! I am in such a habit of starting the day with your blog - I had failure to launch issues on several days! :-) So happy you had a wonderful trip. Iceland looks amazing! The ponies are so wild and regal looking. When you find the right recipe for the bread, please share (the recipe). Hope your foot heals soon, and hope you have a really great, productive day!
May 24, 2017 at 5:38 AM

Love the signs!! ... that dark church against the hills photo is awesome -

daisy g said…
Wow, what cool artwork and the signs are a riot. Love that recycling bin. They are a creative people.

Junebug said…
What a wonderful trip, enjoy seeing your pics! But, you were greatly missed. Coffee isn't the same in the morning without you! Welcome back!!
May 24, 2017 at 9:01 AM

Anonymous said…
Share all the Iceland pictures you want! They are beatiful and fascinating!!!
May 24, 2017 at 9:04 AM

This N That said…
Loved the artwork and the signs..I think that little church is one of my favorite pics..I was wondering about the rock piles..Interesting..Thanks for sharing your trip..
May 24, 2017 at 10:29 AM

Velva said…
Iceland is a beautiful country and just four hours from NYC! I have Iceland on my list to see the northern lights.
Loved your photos. Thanks for sharing them with us.

Lynne said…
Loved having another recap . . .
Part of the fun of travel is seeing how others live, create
and of course seeing the terrain, houses, barns, farm land, cities, etc.
Love all the signs . . .
The bread looks and sounds delicious.
I will ask my friend, her sisters in Iceland might have a recipe.
May 24, 2017 at 4:34 PM

diane in northern wis said…
Yum.....your bread looks delicious Bev! And thanks for the great pictures .... so interesting about the names and I love lupines too. So glad you had a great time in Iceland! You took us all with you and we appreciate that so much!
May 24, 2017 at 9:23 PM