It's been a year, now, since our Haflinger horse, Moonbeam, aka: Moonie, lost his left eye to cancer.  I never imagined how quickly or how well he would adapt to being one-eyed.  He took it in stride and never missed a beat.  I've said this before, but this horse has more heart than any I've ever known.  He does not have an ounce of malice anywhere in his being and is always a gentleman. 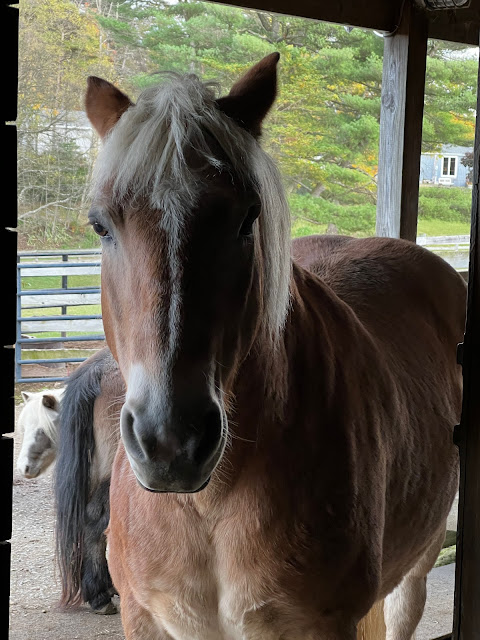 For the past year, I have walked him to and from the upper pastures - guiding him across well-known terrain.  His step never falters as he saunters along behind or beside me.  Still - I have been hesitant to let him go by himself as was his pre-surgery custom... afraid that he would forget about obstacles, or miss them in his field of vision. 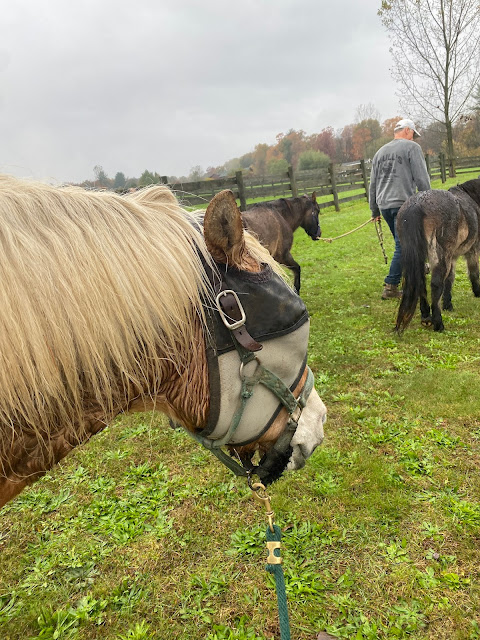 Yesterday, it became evident that he was ready for freedom. 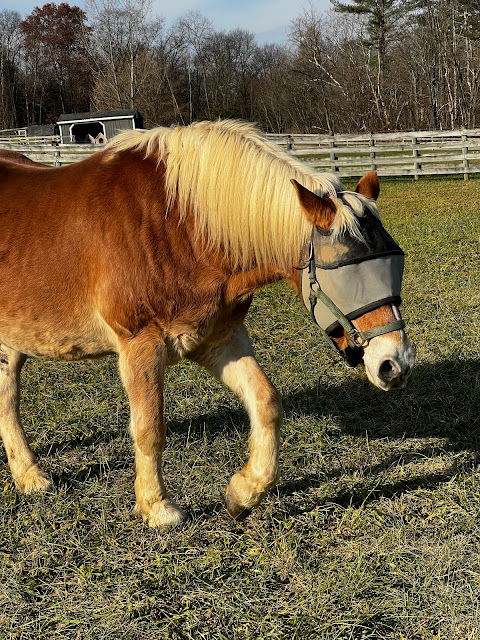 As we gathered up the rest of the herd, after their morning of grazing, Moonbeam would not allow us to get near him.  Upon our approach, he would simply walk away - disinterested. 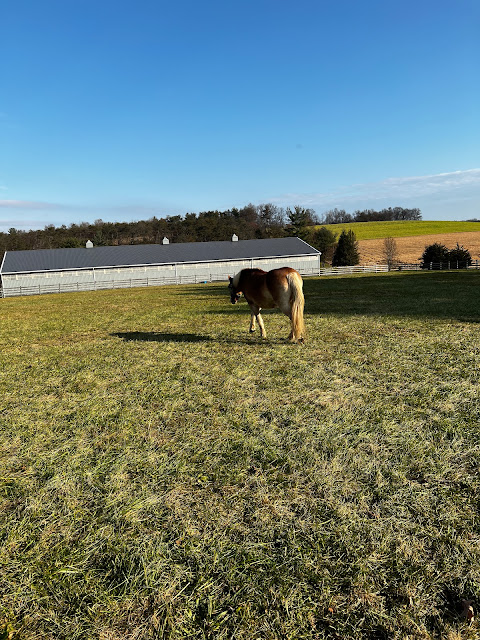 It was obvious that, on this particular morning, he wanted to return to the barn on his own terms. 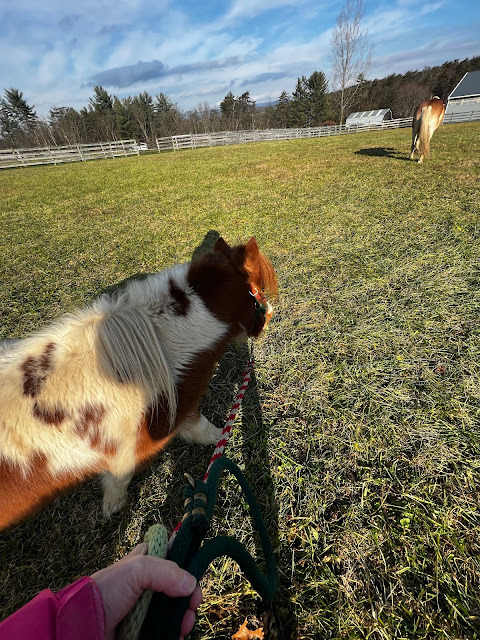 And so, we began the trek back through the pastures, with mini's and ponies in tow. 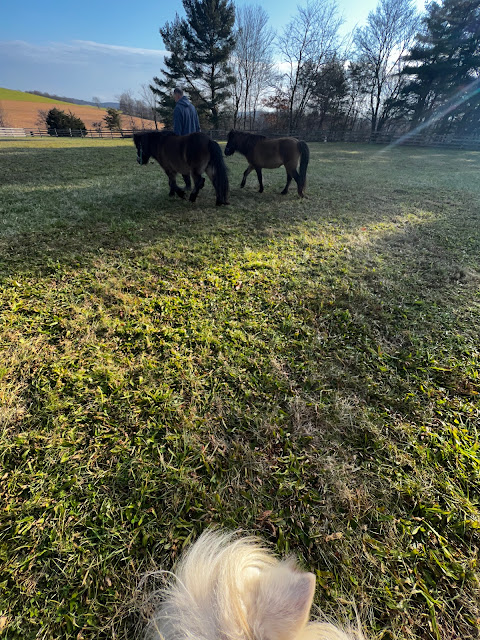 As soon as the gate opened, Moonie trotted through. 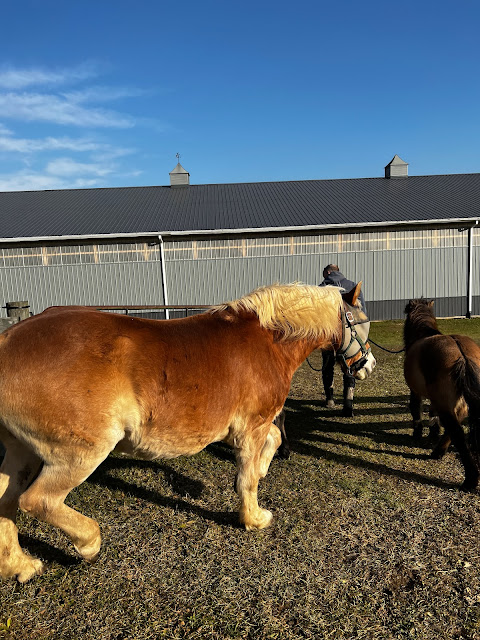 But, instead of going the normal bee-line route back to the barn, he turned the opposite way and ran. 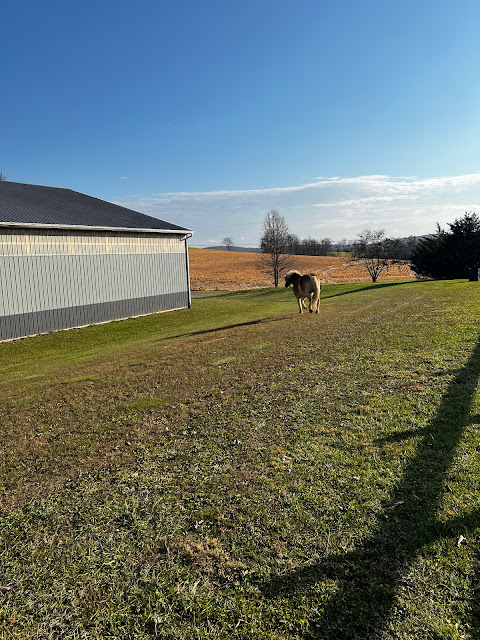 As he turned the corner around the end of the indoor arena and was gone from sight, I knew that he would eventually make his way back to the barn. 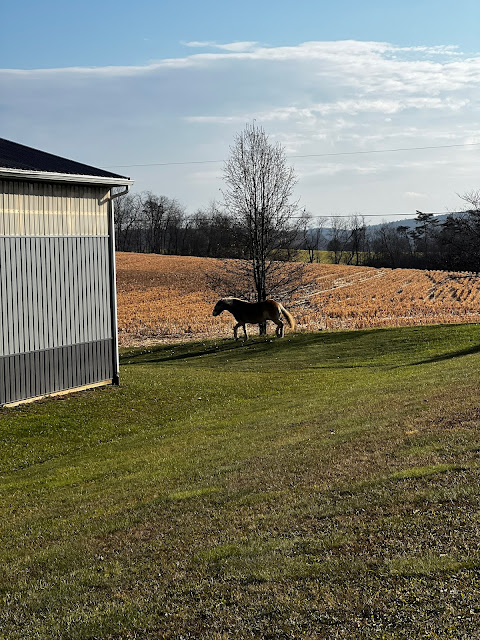 I prayed he would not venture onto the road along his way.  Luckily our road is rarely travelled by anyone other than ourselves, our neighbors and the mail carrier.

Jack saw him first and reported that he looked a little disoriented.  I called to him as soon as he was in view... and off he cantered in the direction of my voice. 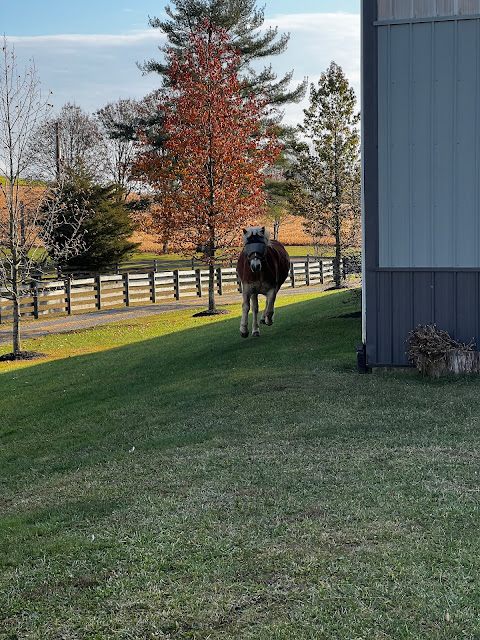 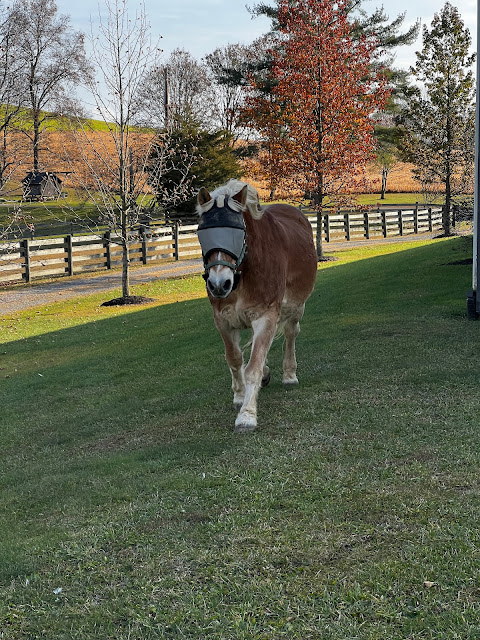 he headed towards the barn... 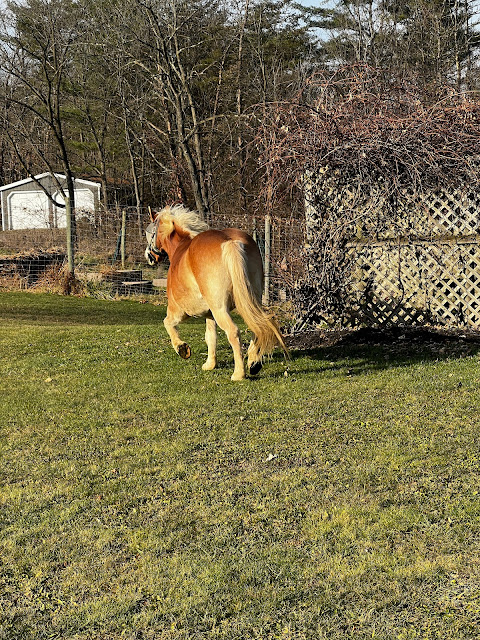 and into the safety of his stall, 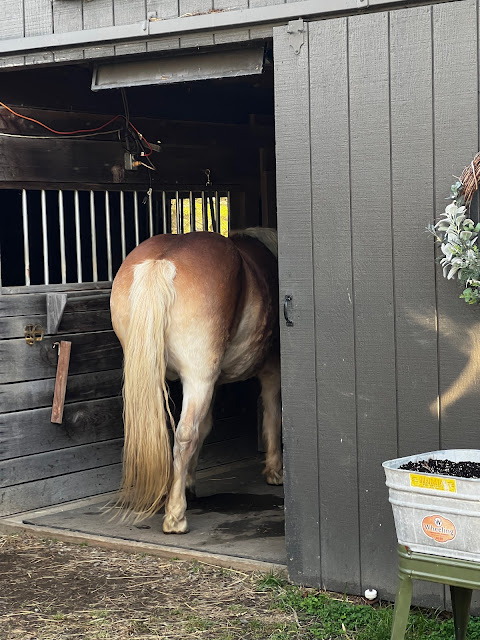 I'm sure his heart beat just a little faster on this morning... with the excitement and joy of independence.  The thing is - at the end of it all... he knew where home, security, and breakfast were waiting for him and chose that above all else.

I love that our animals have the security of home and routine. 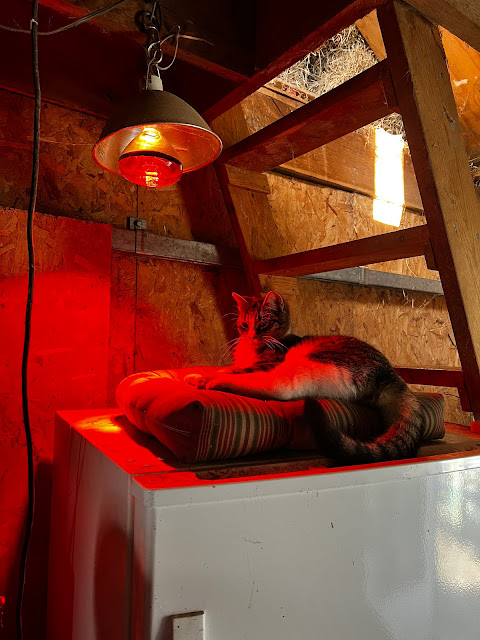 It never ceases to amaze me how quickly they adjust to life on the farm! 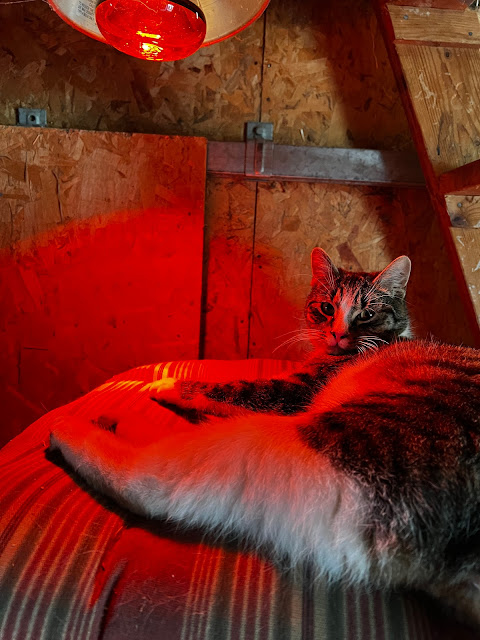 This N That said…
Moonie Knows where his bread is buttered! I hope he has escape was on purpose and not a mental thing. Would love to watch him run. So beautiful. What animal wouldn’t adjust to that farm life? It’s perfect. For man or beast…Glad all is well.��
December 7, 2021 at 8:22 AM

Marcia LaRue said…
I was also going to say that Moonie knows which side his bread is buttered on ... LOL I think everyone and every critter that calls BHA home, knows that truth!

THE BEARDED ONE said…
HORSES ARE MY FAVORITE ANIMALS..FOLLOWED BY DOGS AND CATS...I HAD HORSES FOR YEARS AND RODE THEM REGULARLY REGULARLY...TOOK THEM TO PARADES AND RODE THEM...MY DADDY ALWAYS WANTED TO RIDE IN THE COLUMBIA,TN. "MULE DAY" PARADE.. SO I BORROWED ANOTHER HORSE AND HE RODE MY 17.5 HANDS HIGH WALKING HORSE..MY OTHER HORSE AND TRIPPED AN FALLEN MESSING UP HER KNEE..THAT IS WHY I HAD TO BORROW A HORSE..THANK YOU FOR THESE GREAT RELAXING ENJOYABLE POSTS...I SURE LOOK FORWARD TO THEMA ND ENJOY THEM SO VERY MUCH ! KEEP SMILING !!!!!!!

diane in northern wis said…
That Moonie is quite the fine horse! Loved your pictures of his excursion! Loved that Pete ended up at the end of your post too. Everybody gets cozy and comfy at your place. What a great place to live!
December 8, 2021 at 12:12 AM