Yesterday was quite an exciting day for the animals! 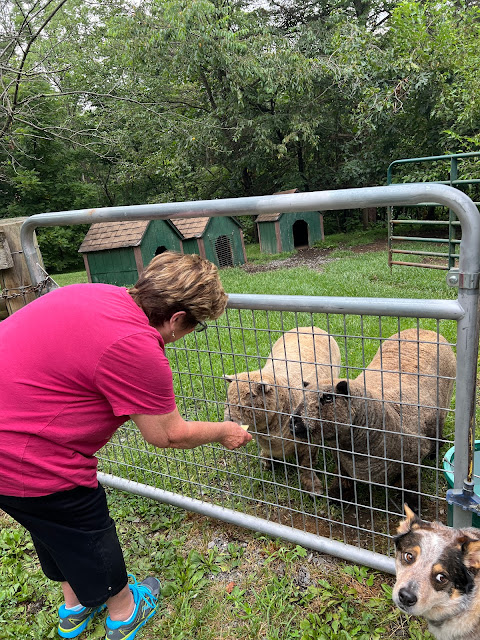 We had three farm friends, Kelly, Cathy, and Debbi come for a visit.  They brought treats for the animals (and treats for me, as well...thank you!) 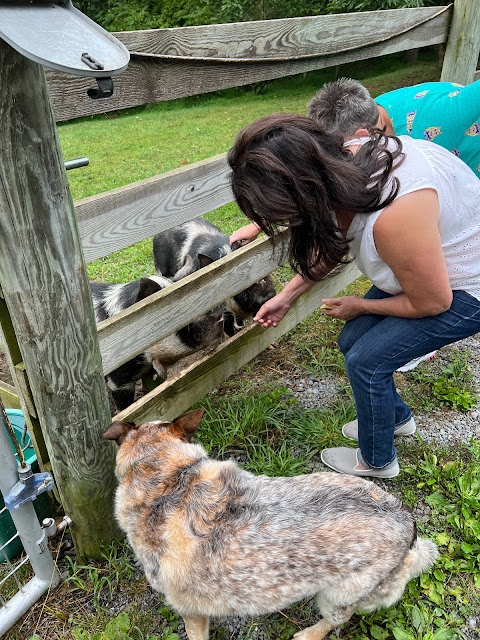 The pigs and sheep were happy to have a few more treats than normal. 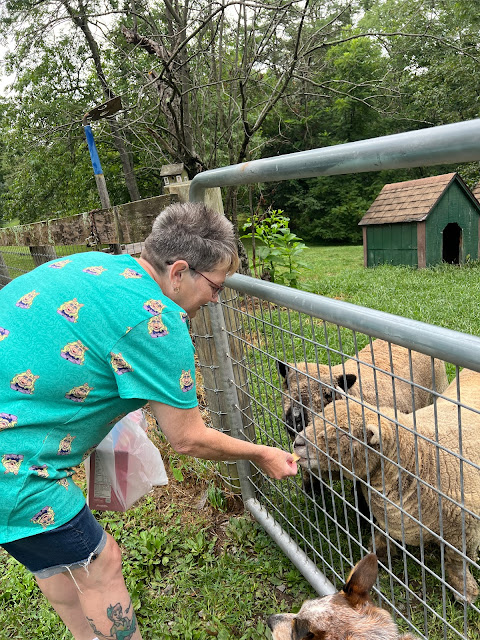 The horses were on their very best behavior. 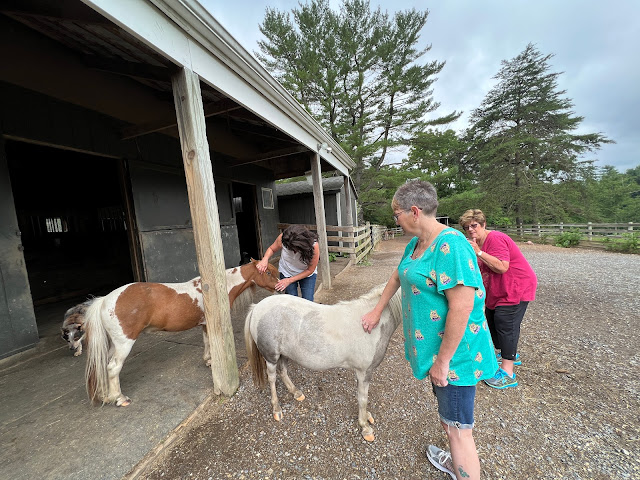 As were Chloe and Daphne. 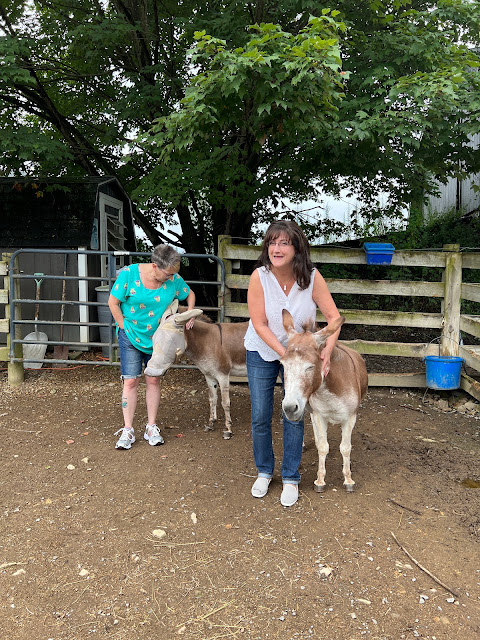 Even Moll cat was up to her usual tricks, 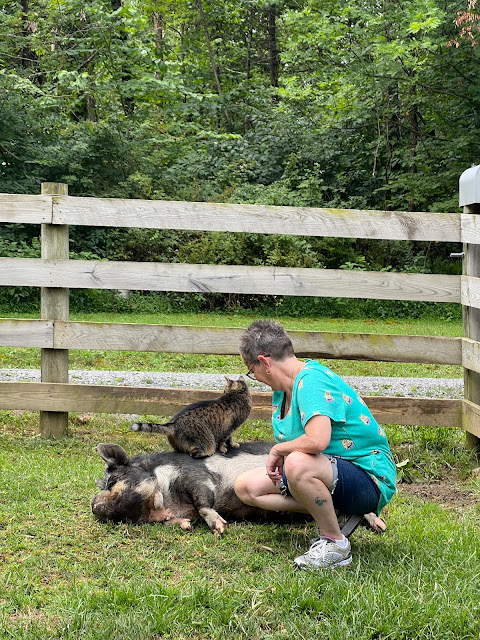 and took the opportunity to claim center stage when MaryAnn  laid down for a belly rub. 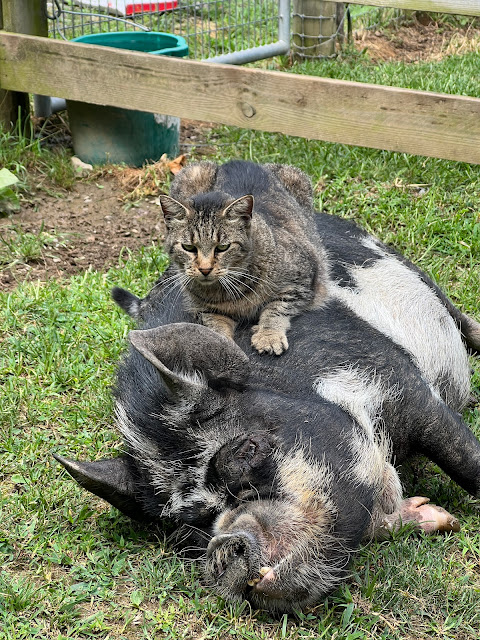 Earlier in the morning, as the equines were grazing in the front pasture, I watched as this doe walked back and forth watching the grazing animals.  She seemed curious as to who they were and what they were doing.  I wondered if perhaps she had some fawns close by, as she kept turning and looking behind her.  Then her attention would once again be fixed on the horses and donkeys.  Eventually, curiosity apparently satisfied, she ran off in the direction that she had been looking. 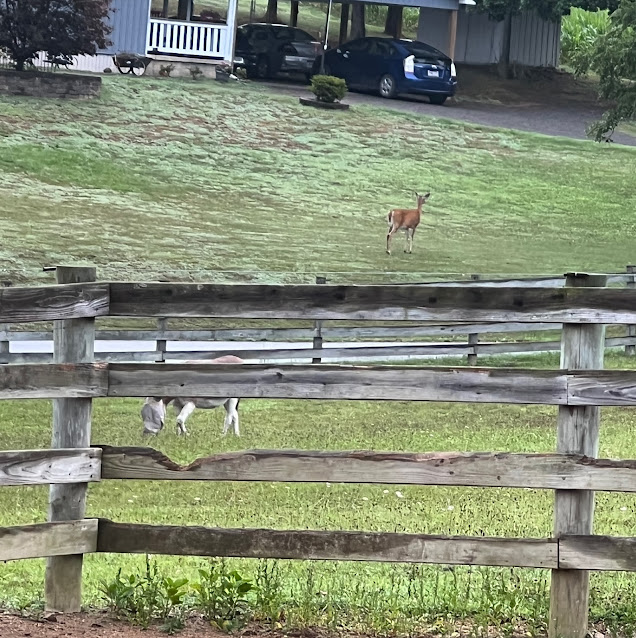 We have a new resident at the pond.  One of the winter mallards (a female) has returned to the pond.  I know that she is a returning duck because she is completely at ease beside Grandma Stella and Cam.  I suspect in the coming weeks, there will be more and more arrivals.  [Better stock up on the duck feed!] 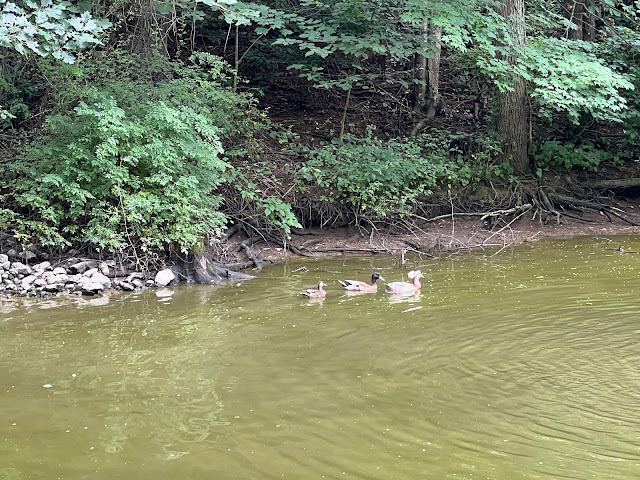 I did a little baking yesterday.  I had planned on making some homemade sloppy Joes for supper and started the dough for hamburger buns on Sunday.  Yesterday morning, I baked them. 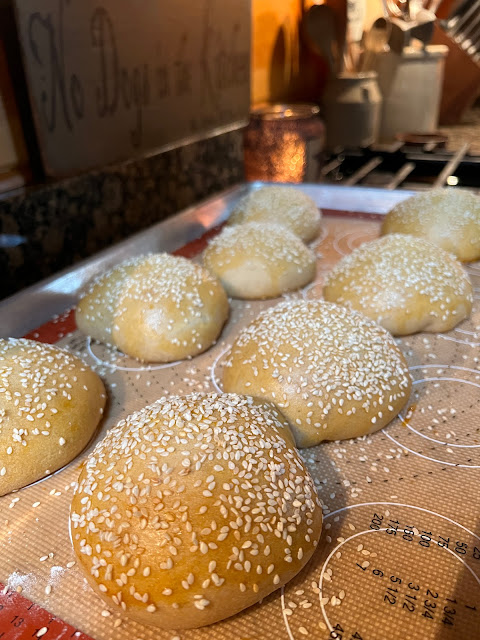 Next time I will allow them to proof a bit longer to get them lighter and airier. 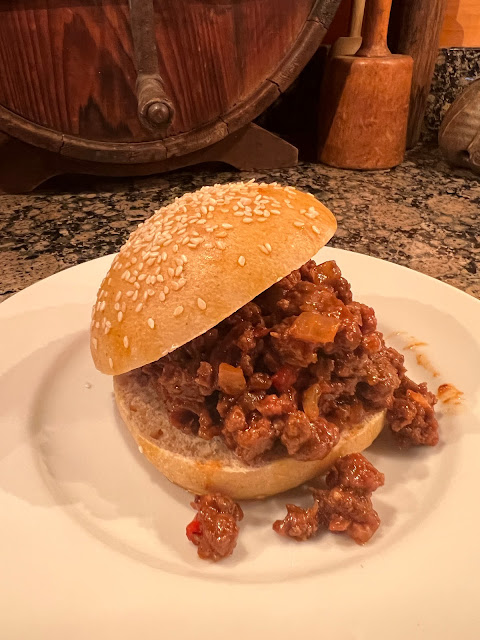 Regardless, they tasted good.

I also picked another bowl of blackberries, 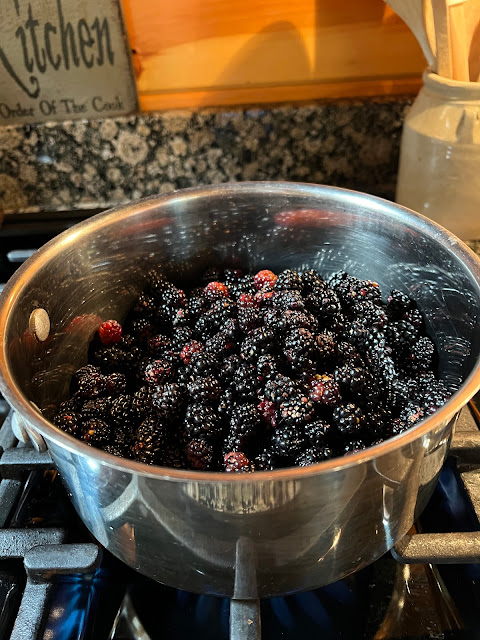 and made a quart of jam. 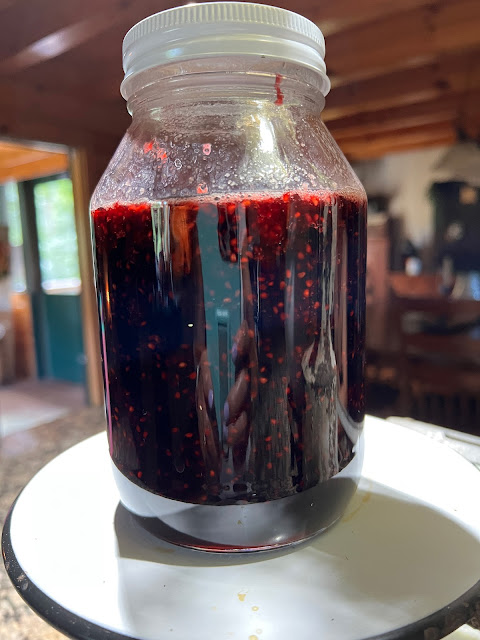 Thankfully, our farm guests were happy to take some cucumbers home with them.  Still we have so many cucumbers left.  I made tzatziki sauce with one of them.  We used it as a dip for sliced cucumbers as a mid-afternoon snack.  How many ways can you eat a cucumber? 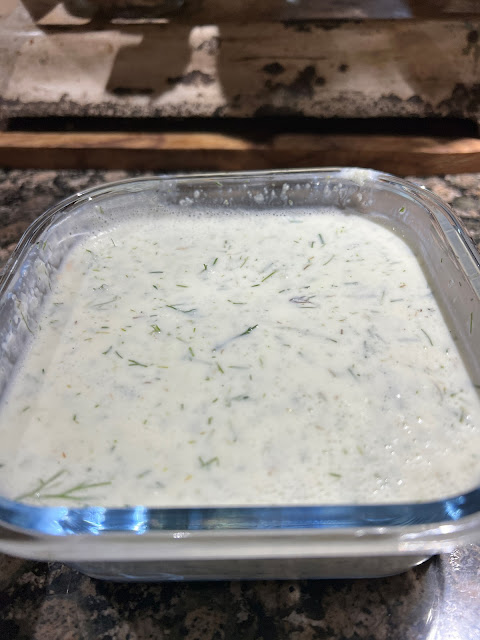 I should write a cucumber book!

jaz@octoberfarm said…
make some mizeria, polish cucumber salad. it uses up a lot of cukes and dill, if you have some, and it is soooo good! as i child we ate it as a dinner side every day once our cukes came in.
August 2, 2022 at 5:30 AM

This N That said…
Nice to have visitors..I'm sure they enjoyed visiting you and the animals..It was a good day for a visit..I hope they were all on their best behavior...
Glad the Ducks are beginning to return..
I love Sloppy Joes!!!
Hope you had a good day..Hugs

deodar said…
I slice extra cucumbers super thin and pour a brine over them and freeze them. It's a wonderful fresh taste in the middle of winter. The trick is to freeze them in glass jars, they stay much crunchier.
August 2, 2022 at 7:50 PM

diane in northern wis said…
Wow....already one of your fall/winter ducks has appeared. So nice to see the visitors to your place, visiting all the critters and giving out treats. I love sloppy joes and yours look great with those homemade buns. What a big bowl of blackberries.....you are blessed with many wonderful vegetables and fruits. Hope you get some rain soon!
August 2, 2022 at 9:05 PM 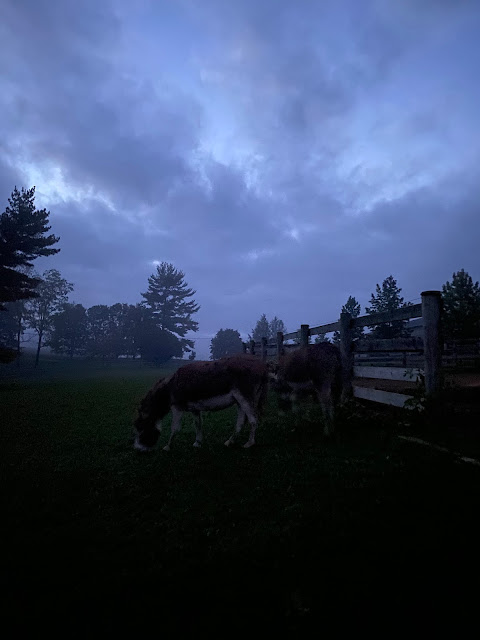