A Day of Juggling

The call came early -  had just finished morning chores and were preparing for a visit from the the farrier.  Our local Postmaster was on the line.  "Your chicks are here," she said. 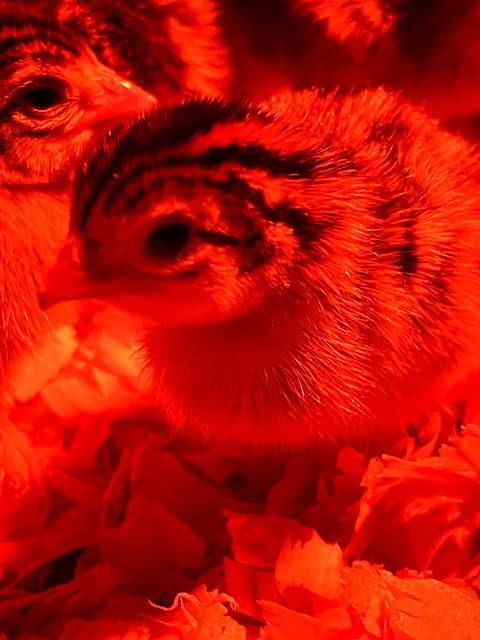 "I'll be right there!" I answered.  And off I flew to pick up two dozen guinea keets.  I have to admit - even after all these years with so many ducklings, chicks, keets, and poults, I still freak out a little at the idea of bringing hatchlings home.  So much responsibility... 24 tiny little souls for which I am responsible.  It's a little bit daunting. 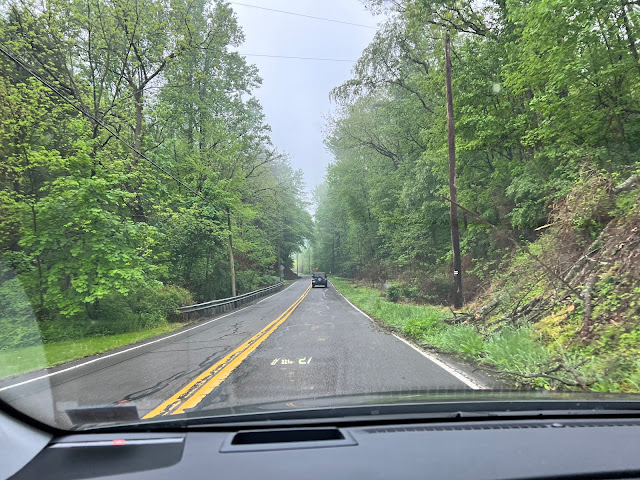 I reached the Post Office in record time, turned on the heat in my car, and settled this cheeping box in the passenger seat. 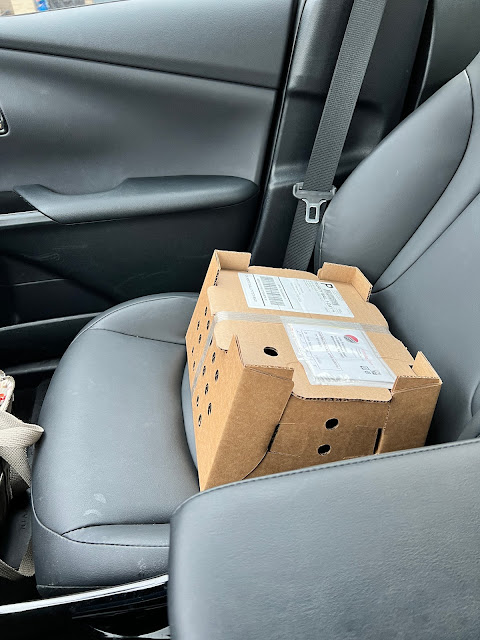 Ten minutes later, they were sprung from their box and safely installed beneath the infra-red warmth of a heat lamp, with plenty of fresh food and water awaiting. 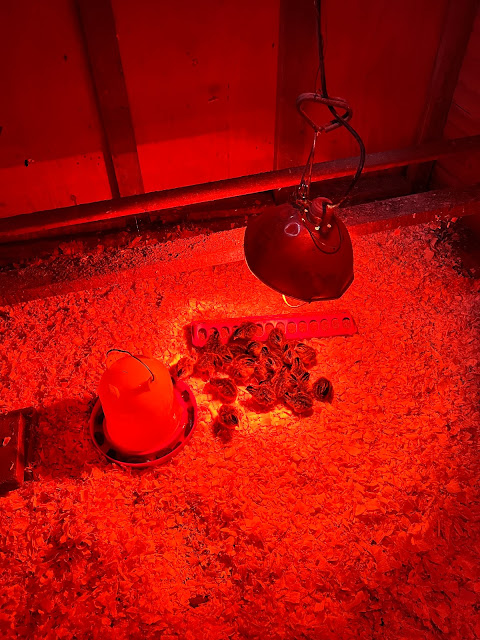 I picked each of them up and showed them the water and the food, and the keets quickly busied themselves with both. 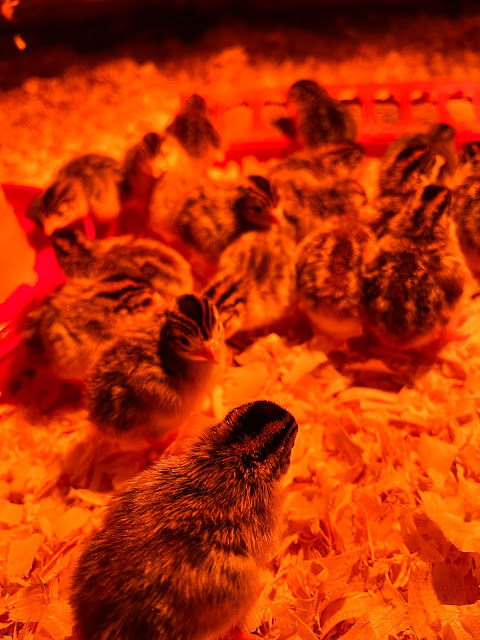 I sat for a little while to make sure that each of the babies had the lay of the land. 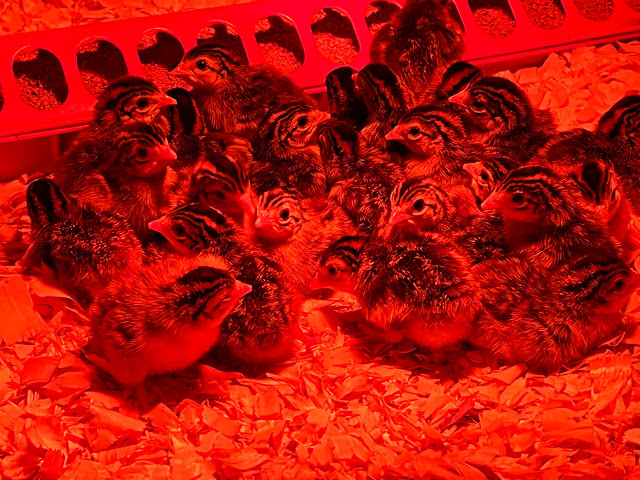 They explored their area and quickly got down to the task of getting some nutrition and hydration. 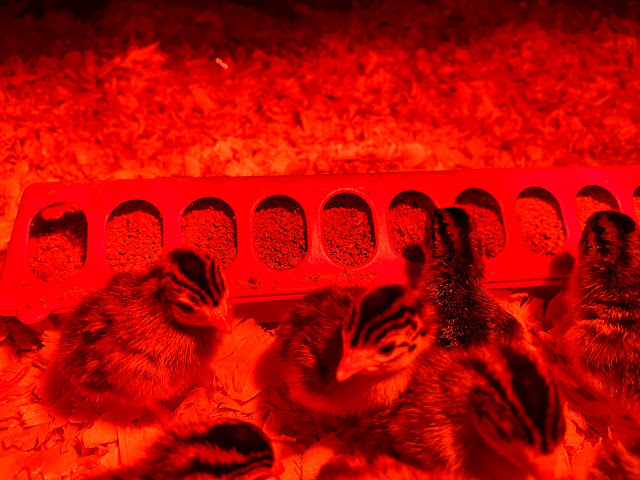 While I was busy with the chicks,  Hubbs was already at the barn with the farrier.   By the time I reached the barn, Moonie was finished.  I took over for Hubbs and he headed out with Chester for a visit to the veterinary clinic. 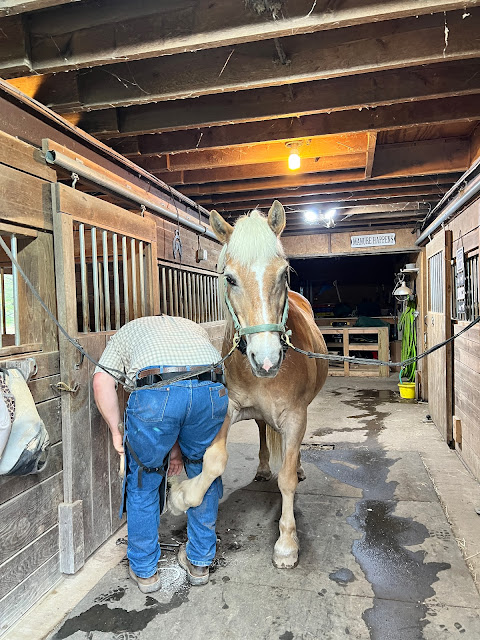 Hoof trimming happened without a hitch.  My little herd is very used to this (every 8 weeks) procedure and typically behaves in a way that makes a Momma proud. 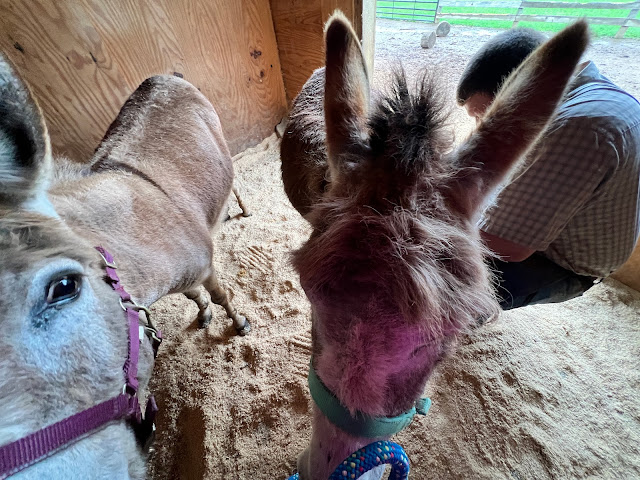 Even the donkeys, who, in the beginning would protest, are now quite cooperative. - even helpful.  It seems I am not even needed to hold the lead line...  Chloe took care of that herself! 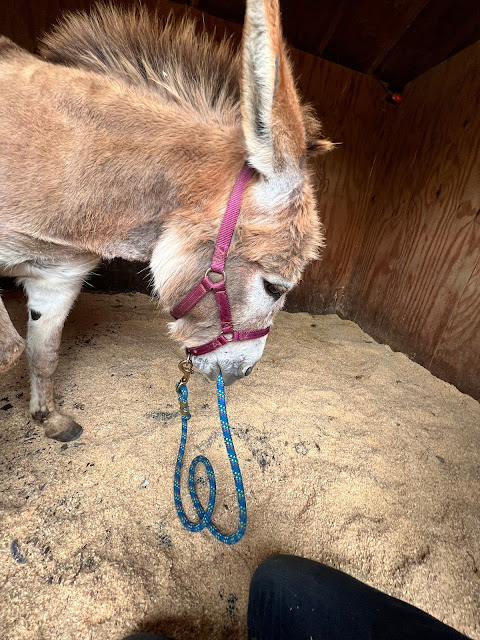 There was a day when I would have to tie her halter to a fence post to keep her still for the farrier.  Now, she knows the drill and simply stands still until he is finished. 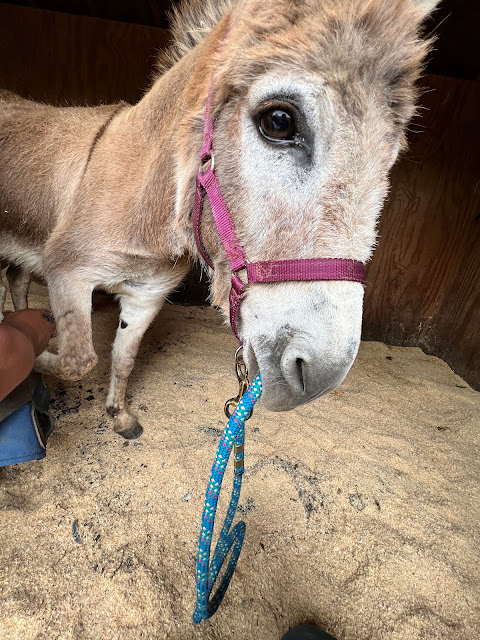 After everyone was finished, I opened the gate to the from pasture so that the herd could have their grazing time - the perfect reward for such good behavior!

My reward?  A fresh salad cut right from the garden - freshly washed by the previous night's gentle rain.  It doesn't get any fresher! 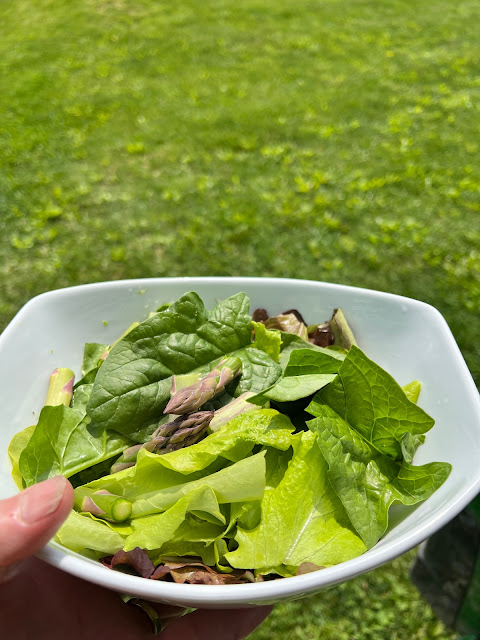 As for Chester... He had his tumor removed and we are awaiting the biopsy report.  We'll let you know when we hear... sometime in the next couple of weeks.  Until then, he has a few stitches in his nose and  a small piece of his nose is missing.☹️ 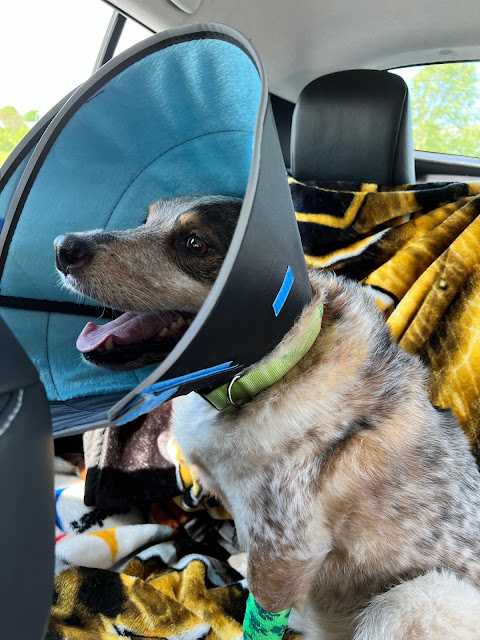 It's hard to believe that Friday has arrived!  It is to be an extremely hot weekend.  Our Littles are coming for a visit - so I imagine there will be a little hose play happening!  They have not yet seen the gnome houses in the woods.  Oh... we have so much exploring to do!  We'll be back on Monday to share it with you.  Have a beautiful weekend!

jaz@octoberfarm said…
i hope it's nothing serious with chester. poor babe in the cone in this heat! it's going to be an in-house weekend for my guys for sure. winnie has awful allergies so we have to keep an eye on her. have fun with the grandkids. they will love the gnome houses! i posted the latest pics of my project if you want to see where it is at this point. i am hoping to eventually post a video.
May 20, 2022 at 4:57 AM

colleen said…
We have made those early morning runs to the post office and the excitement never gets old.
Poor Chester and the dreaded cone. I hope his time wearing it goes fast for him and he gets good news from the biopsy results.
Sounds like a fantastic weekend on tap at BHA. xoxo

daisy g said…
Praying that Chester gets a good report! Your equine are so well-mannered. Who doesn't like being pampered?

Lynne said…
Love the thought of little chirps from your new arrivals! ❤️
Happy the “family” performed perfectly through the trimming!
Enjoy the HOT weekend with the “grands!”
May 20, 2022 at 7:16 AM

ladybug loves lilacs said…
Oh the fun of getting the peeps from the post office and starting them off. I always loved that.
I bet your farrier was to come to such a pleasant place with everyone cooperating! You've a right to be proud.
Hope all turns well for Chester. Hoping he stays cool in the hot day that is coming.
I bet your littles will be as excited as mine would be to see all the gnome houses. Have fun and a great weekend!
May 20, 2022 at 10:53 AM

wanda devers said…
I know the children will love seeing the gnome houses! Do you have some good
stories to tell about the gnomes who live in them?

Hope poor Chester gets a good report on his biopsy and soon can get out of the cone.

Still very windy, hot, and dry here in TN. We are watering the garden and hoping for rain soon.

This N That said…
Hope Chester has a good report..Wearing that cone must be awful for him.
Happy that the Peeps are in good shape...I know they will thrive in their new home. They're so little..
Have fun with the littles this weekend..I know they will enjoy their time at BHA!!
Sweet pictures of Chloe.
Have a happy weekend..stay cool..won't be easy..Hugs